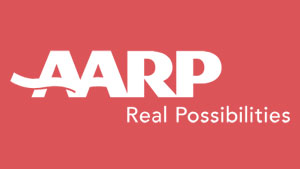 IT’S ONLY MIDMORNING and already Mary Steele has given rides to one teen who missed the school bus and to another who needed to get to work at a nearby mall. Later, Steele, 82, plays trucks with a 5-year-old boy whose mother is at work.

Then she heads over to a monthly gathering where 50 or so residents, ages 2 to 82, mingle and catch up. It’s a raw, rainy New England day, but inside the community center, warmth abounds. Steele and others share lentil soup, fresh bread and abundant hugs. She asks a couple of kids about the puppet show they’re putting on during a school break, inquires about a neighbor’s job at a social service agency and signs a get-well card for someone in the hospital.

Steele, a former family counselor, is one of 53 older women, along with 10 men, living at Treehouse, an intergenerational community in Easthampton, Mass., designed to support children who are in state foster care, as well as their foster and adoptive parents. Steele and her peers—here called “elders”—range in age from 58 to 88. They’ve come from around the country to this affordable housing community in the Pioneer Valley of western Massachusetts, drawn by a desire to make a difference in the lives of traumatized children—and their parents.

“It gives me a sense of belonging and satisfaction to be here helping the families,” says Steele, who raised her own granddaughter from age 10. “Parents need as much support as the kids. This place is ideal because I can continue to make a contribution. I also didn’t want to live with people all the same age.”

That’s not a problem at Treehouse, home to 40 children and 17 parents. The 11-acre development intersperses a dozen townhouses for the families with 48 senior cottages on either side of a circular road; there’s also a community center with a library, kitchen and common room.

A ‘major paradigm shift’ in community

Former University of Illinois sociologist Brenda Krause Eheart pioneered the idea of “intentional neighboring”—planned intergenerational communities with a social mission that leverage the strengths of older adults. The first such foster community, Hope Meadows in Rantoul, Ill., opened in 1994.

“These communities represent a major paradigm shift in the way we provide supportive housing and community to older adults,” says Mark Dunham, spokesman for Generations of Hope, a nonprofit started by Eheart.

Treehouse’s roots lie in a 1998 article about an ill-treated foster child that Judy Cockerton, then a 48-year-old businesswoman who owned two specialty toy stores, read about in a Boston newspaper. Outraged, she decided not only to become a foster parent—she and her husband, Arthur Pollock, adopted a 5-month-old girl, now 17—but also to improve foster care nationwide.

Cockerton opened Treehouse in 2006 in collaboration with the social service agency Berkshire Children and Families and housing partner Beacon Communities. The partners split the yearly operating budget of $1 million. Elders rent one-bedroom cottages, and they’re trained to deal with foster children, many of whom experienced neglect, abuse, domestic violence or the death of a parent. Each older resident pledges to volunteer at least six hours a week, but most devote far more time. They’re giving piano lessons, chaperoning field trips, and taking kids to ballet and soccer practices or to the community center’s daily after-school program, where residents, staff and social-work interns from nearby Smith College and the University of Massachusetts help kids with homework. If older students need help with a résumé, a job or college application, job training, life skills—or pretty much anything—there are adults lined up to assist.

‘If the elders need help, the kids step up’

In the decade since Treehouse opened, all but one of its foster children old enough to go to high school have graduated (the national graduation rate for foster kids is 58 percent.) All attend college or vocational training, or are working. “When I first came here, the foster-care kids were scared,” says resident Pam Hanson, 71, a former horse-riding instructor from Massachusetts who uses a wheelchair. “Watching them grow into competent, college-bound young adults has been great.” In return, older residents get a network of care. “It may look like the kids are getting all the time, energy and resources. But if the elders need help, the kids step up,” Cockerton says.

To wrestle with the struggles of growing older, the adults formed a support group called the Gift. Conversations range from talking to their families about what they want to happen when they get sick, to where they will spread their ashes. “It turns out we are having a wonderful time talking about death and dying,” says Holly Handfield, 66. “When people are sick, we take care of each other.”

When elders need more help than the community can give, they have to either hire private care or move to assisted living. Most, like Pam Hanson, hope to stay. “This is the place I always want to be,” she says. “I love children and need community. I don’t want to molder away in an old folks’ home and be warehoused until I die. Here you live a useful life.”