Sister Claire has been working in the field of Child Abuse and Neglect for 40 years. New Life Village. is the third program that Sister Claire has founded since 1982.  She refers to this as her “swan song.”  She also shares that New Life Village most closely represents the full circle of her life.  Sister Claire was born and raised  on a small farm in Hudson, NH, in a safe, stable and, what promised to be, permanent family.  Unfortunately, when she was 13 years of age, her mother (the most significant person in her life) died suddenly.  Her father, thinking that it would be in her best interest, asked Claire’s godmother if Claire could live with her family, at least for a while.  A year later, he re-married and Claire went back to live with him and his new wife.  While deeply loved and cared for in her godmother’s family, Claire always had a sense that this was not her family and that she did not belong.  After her father’s remarriage (and the move to a new house), the home was again certainly not hers and the sense of not belonging was even stronger.  She subsequently entered the Congregation of the Sisters of Holy Cross in 1960–where she has felt a deep sense of belonging for 54 years.

While Sister Claire experienced only four years of “not belonging in a family,” it is a desire of hers that NO child live even one day with that feeling. Unfortunately, for children languishing in foster care, that feeling endures day after day after day–especially when frequent moves are experienced.  Even in the best of foster homes, children in temporary custody know that they do not belong.  In a permanent (adoptive) home, the possibility exists that the child will experience a feeling of truly belonging–a feeling he/she might have had at one time in the past or perhaps has never had.

Moving to Tampa from New Hampshire in 1977, Sr. Claire enrolled for training in Transactional Analysis (the I’m OK, You’re OK era). Becoming convinced of the importance of early childhood experiences, coupled with the fact that, throughout the 70’s, states were developing laws governing child abuse and neglect, Sister Claire arrived at the decision to focus her life’s work on abused and neglected children.  This was not a far jump from her work as a school teacher–one who could always pick out the three or four children in her classroom who were hungry, dirty and afraid–at a time when she really didn’t know what to do about that, or that anything could be done.

From 1979-1984, Sister Claire worked for the Community Council on Child Abuse and Neglect, first as Parent Educator at the Rainbow Learning Center and then as the Coordinator of Training and Education in the community.  It was as Parent Educator that she recognized that mothers who had lost custody of their children couldn’t possibly make the necessary gains by participating in a two-day-a-week program.  She recognized the need for much more intensive training in three areas:  Parenting, Self-Esteem and Education.  From that realization came the founding of New Life Dwelling Place–Sister Claire’s first experience as a founder.  At New Life Dwelling Place, mothers and their children (still in state custody) could reside together under one roof–coming to know and bond with one another.  Not only would New Life Dwelling Place give mothers an opportunity to get back on their feet and to learn many new skills, it would facilitate their reunification–or sometimes to face the fact that they simply did not have the desire or the skills to be a good parent for their children.  Meeting with adoptive parents would facilitate the release of these children–knowing that they had made the right decision–without feeling any guilt.

By 2007, Sister Claire had become very disenchanted with the courts and their inability and unwillingness to make expedient decisions on behalf of children and with the foster care system, a system that is overworked and whose hands are tied by policies that are detrimental to children.  She saw the tremendous need that existed (and still exists) to provide an alternative for children who languish in foster care and who reach an age when they are least likely to be adopted.  Thus, the concept of New Life Village came to be–an intergenerational community modeled after Generations of Hope which Sister Claire visited in the mid 1990’s. Incorporated in 2007, New Life Village stands ready to provide safe, stable and permanent homes within a community of support.  New Life Village is a place to move children out of a state of “not belonging” to a state of “belonging to a loving, caring family of support.” Sister Claire’s service and work have been recognized throughout the country.  Sister Claire lives in Thonotosassa and is the proud mother of her beloved poodle, Cocoa.  Email Claire

Mariah joined the New Life Village team in 2016 after being introduced to the charity as a potential volunteer. Familiar with the effects of childhood trauma from her graduate work and personal experiences, as well as with the impact that mental health challenges has on a family, Mariah found “home” in the dynamic mission of New Life Village. She is entirely dedicated to the safety and stability of children affected by both of those realities. Mariah has worked in marketing, communications project management, community relations,  branding, training and instruction, diversity programs management, event management and educational programming since 2000. Mariah has volunteered for the University of Tampa Alumni Association, the University of Tampa Board of Counselors as well as the Los Angeles and Tampa Chapters of the National Association of African Americans in Human Resources. She received her Bachelors in Communications and minor in Marketing from the University of Tampa. She went on to earn her Masters in Communications from San Diego State University and her MBA at the W.P. Carey School of Business at Arizona State University. Mariah has completed a Certificate of Change Management and a Certificate of Nonprofit Management from the University of Tampa. She is also an adjunct instructor at Hillsborough Community College. Mariah lives in Brandon with her husband Christian and their four children, Christiane, Anya, Nick and Marley. Mariah loves great food, traveling, live music and the outdoors. Email Mariah

Erin NeSmith graduated from the University of South Florida in 2003 with a Bachelor of Arts in Interpersonal Communication and a minor in Music. She was a Re-Entry Counselor for Eckerd Youth Alternatives post graduation. She also taught public school for nine years focusing on at-risk populations, overseeing college prep programs and was an on-site county appointed teacher at A Kid’s Place (a local foster care group home) for two years. She also spent some time in corporate management where she enjoyed focusing on the HR areas of employee relations issues and culture building among employees. She holds a Professional Coaching Certification as a Life Coach from IPEC and uses those skills as well as her mentoring skills to support teens aging out of foster care through an organization she founded called Grow Into You Foundation. Mrs. NeSmith enjoys spending time with her husband and three children, reading professional development books, clowning (no, really!), singing, songwriting and participating in karaoke nights with friends. Email Erin

Samantha assists with the design of monthly Village programming including: working alongside our community partners to provide quality activities and events as well as coordinating all holiday parties and special events. She also coordinates local professional sports teams to engage with our children and raises community awareness through social media and external community events. She also coordinates donation deliveries for the Village, manages volunteers from both the Village and the outside community and assists in book keeping. Samantha moved down from Long Island in 2013 to Tampa where she earned her Bachelors in Sport Management from the University of Tampa in 2017. While at UT she volunteered in the New Life Village Learning Center tutoring one of the children, and when a position opened up to be an Americorps VISTA in 2019 she did not hesitate to apply and accept the position. Since then, she has been able to stay full time and continue to help the Village grow! When she isn’t at the Village you can find her working her part time job with the Tampa Bay Buccaneers Street Team, watching hockey, catching some sun at the beach or park hopping around Disney World. Email Sam

Natalie oversees the recruiting and on-boarding of New Life Village residents. Upon welcoming residents to the Village, Natalie works to ensure all residents are connected to the resources and support they communicate they need to experience safety and stability. As a customer service guru, she passionately comes alongside NLV residents to create a positive experience through the upkeep of the property. Previous to joining the NLV team, Natalie worked domestically and internationally in education, cultural exchange and program management. Natalie has a background in Business and is currently obtaining a Masters in Nonprofit Management at the University of Central Florida. During her free time, she volunteers as a Guardian Ad Litem, advocating for children in the system of care. Email Natalie

Spiros is the Grant & Compliance Director at New Life Village. His responsibilities include co-leading the Development Team, managing the grant application and compliance processes (including tenant income certification), and overseeing program metrics. Spiros has a Masters of Arts from the Bread Loaf School of English at Middlebury College and moved to Tampa from Raleigh, North Carolina in 2020. He enjoys trail running, pinhole photography, and discovering the natural world. Email Spiros

Kyle Ryan-Kristopher Smith graduated from the University of Maryland Global Campus in 2020 with a Bachelor of Arts in Communications and a minor in Gender Studies. Post-graduation Kyle plans to make a career working for LGBT+ rights and equality within the various facets of multimedia. His drive and passion for helping others made New Life Village a natural starting point for his career in the humanitarian and communications field. Having grown up a former military child, Kyle spent his childhood throughout the United States and the United Kingdom. During these years he created a strong bond with the films, television shows and music his parents grew up with. It was this friendship and love of pop culture that would funnel into his aspirations of furthering LGBT+ inclusivity within the various channel of multimedia. In his personal life, Kyle enjoys producing music, going to concerts, playing video games, cooking and spending time with his fiancé and their two cats, Chandler and Cheddar. Email Kyle

Chuck has been with New Life Village since we bought the property in 2010. He ensures resident work orders are satisfied and our property remains clean, safe and in great repair. Chuck graduated from Notre Dame in 1960 with a degree in Mechanical Engineering.  He retired after 23 years with GTE Data Services in the Engineering and Construction Group. Chuck and his wife, Marianne have 5 children and 11 grandchildren and Chuck is a very, very very proud Fighting Irish fan. 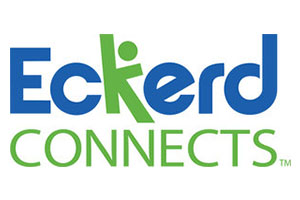 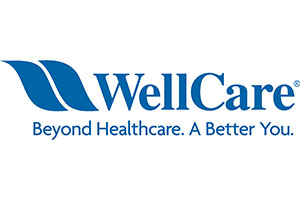 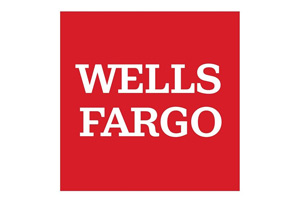