Sister Claire has been working in the field of Child Abuse and Neglect for over 40 years. New Life Village. is the third program that Sister Claire has founded since 1982.  She refers to this as her “swan song.”  She also shares that New Life Village most closely represents the full circle of her life.  Sister Claire was born and raised  on a small farm in Hudson, NH, in a safe, stable and, what promised to be, permanent family.  Unfortunately, when she was 13 years of age, her mother (the most significant person in her life) died suddenly.  Her father, thinking that it would be in her best interest, asked Claire’s godmother if Claire could live with her family, at least for a while.  A year later, he re-married and Claire went back to live with him and his new wife.  While deeply loved and cared for in her godmother’s family, Claire always had a sense that this was not her family and that she did not belong.  After her father’s remarriage (and the move to a new house), the home was again certainly not hers and the sense of not belonging was even stronger.  She subsequently entered the Congregation of the Sisters of Holy Cross in 1960–where she has felt a deep sense of belonging for 54 years.

While Sister Claire experienced only four years of “not belonging in a family,” it is a desire of hers that NO child live even one day with that feeling. Unfortunately, for children languishing in foster care, that feeling endures day after day after day–especially when frequent moves are experienced.  Even in the best of foster homes, children in temporary custody know that they do not belong.  In a permanent (adoptive) home, the possibility exists that the child will experience a feeling of truly belonging–a feeling he/she might have had at one time in the past or perhaps has never had.

Moving to Tampa from New Hampshire in 1977, Sr. Claire enrolled for training in Transactional Analysis (the I’m OK, You’re OK era). Becoming convinced of the importance of early childhood experiences, coupled with the fact that, throughout the 70’s, states were developing laws governing child abuse and neglect, Sister Claire arrived at the decision to focus her life’s work on abused and neglected children.  This was not a far jump from her work as a school teacher–one who could always pick out the three or four children in her classroom who were hungry, dirty and afraid–at a time when she really didn’t know what to do about that, or that anything could be done.

From 1979-1984, Sister Claire worked for the Community Council on Child Abuse and Neglect, first as Parent Educator at the Rainbow Learning Center and then as the Coordinator of Training and Education in the community.  It was as Parent Educator that she recognized that mothers who had lost custody of their children couldn’t possibly make the necessary gains by participating in a two-day-a-week program.  She recognized the need for much more intensive training in three areas:  Parenting, Self-Esteem and Education.  From that realization came the founding of New Life Dwelling Place–Sister Claire’s first experience as a founder.  At New Life Dwelling Place, mothers and their children (still in state custody) could reside together under one roof–coming to know and bond with one another.  Not only would New Life Dwelling Place give mothers an opportunity to get back on their feet and to learn many new skills, it would facilitate their reunification–or sometimes to face the fact that they simply did not have the desire or the skills to be a good parent for their children.  Meeting with adoptive parents would facilitate the release of these children–knowing that they had made the right decision–without feeling any guilt.

By 2007, Sister Claire had become very disenchanted with the courts and their inability and unwillingness to make expedient decisions on behalf of children and with the foster care system, a system that is overworked and whose hands are tied by policies that are detrimental to children.  She saw the tremendous need that existed (and still exists) to provide an alternative for children who languish in foster care and who reach an age when they are least likely to be adopted.  Thus, the concept of New Life Village came to be–an intergenerational community modeled after Generations of Hope which Sister Claire visited in the mid 1990’s. Incorporated in 2007, New Life Village stands ready to provide safe, stable and permanent homes within a community of support.  New Life Village is a place to move children out of a state of “not belonging” to a state of “belonging to a loving, caring family of support.” Sister Claire’s service and work have been recognized throughout the country.  Sister Claire lives in Thonotosassa and is the proud mother of her beloved poodle, Cocoa.  Email Claire 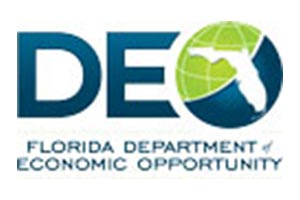